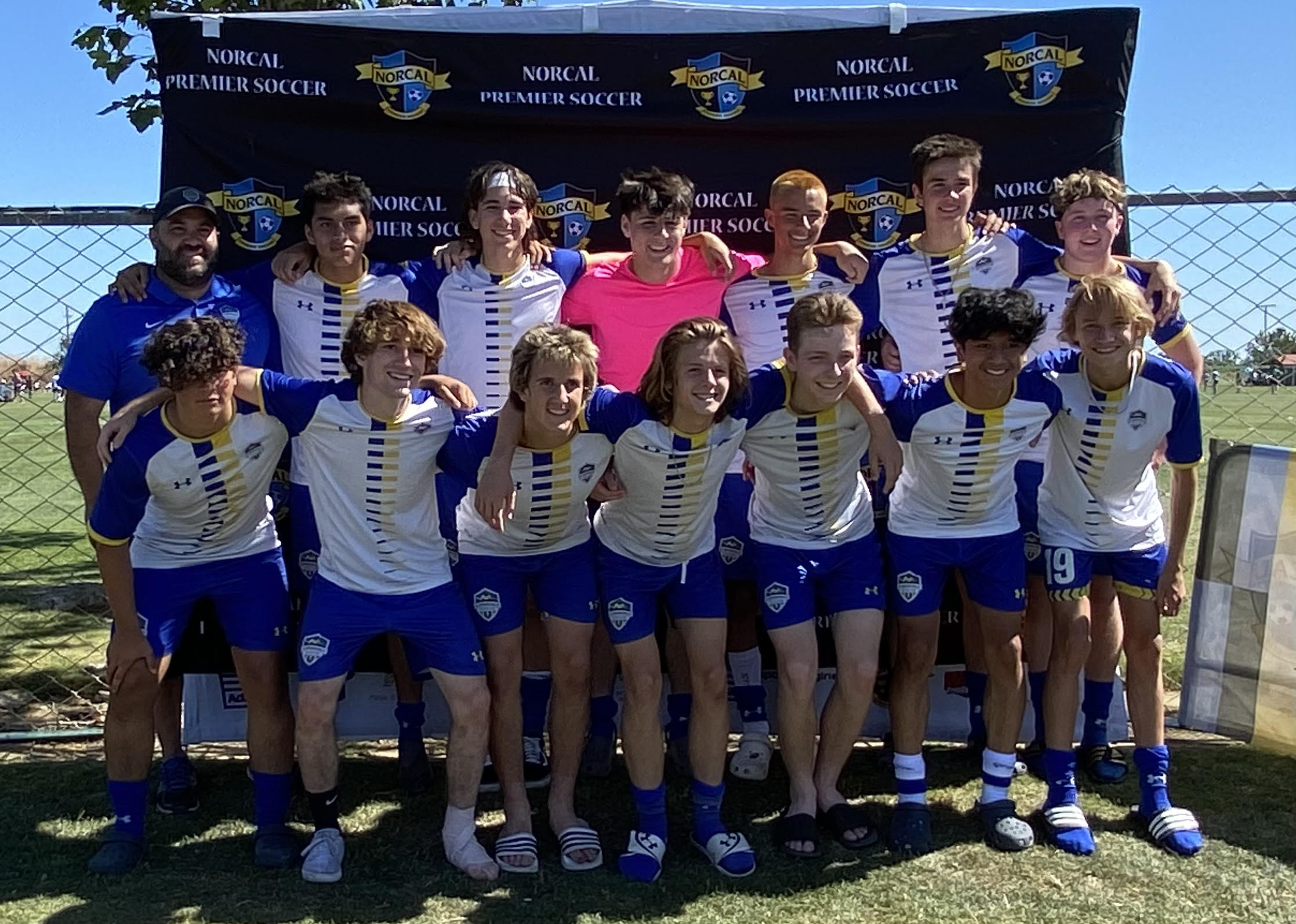 Over the weekend, the 2006 Boys Gold punched their ticket to achieve National Premier League (NPL) status. The 2006 Boys Gold will be joined this fall by the 2009 Boys Gold (Coached by Glenn Shepherd) as the first two teams in the history of El Dorado Hills Soccer Club (EDHSC) to achieve NPL status. Led by coaches Tony Guzman and Peter Lowry, the 2006 boys swept their competition with three wins and two shut-outs securing an undeniable position among the Country’s elite teams.

The 2006 Boys fight to become an NPL team has been a long and winding road for these boys many of whom began playing soccer with EDHSC at four years old in the recreational program. The competitive team formed in 2014 when most of the boys were just nine years old. Coached by Hooshie Broomand and Randy Karr with pro trainer Matt Jones for three seasons from 2014-2016, the team went from the Bronze level to winning Nor Cal Premier Gold A3 State Cup in 2016. Professional Trainer Matt Jones then took the team from 2017-2021 during which time they catapulted to the State Premier level. After winning State Premier Fall League in 2021, the team qualified for the pre-NPL Spring League in 2022.

Their performance in Spring League earned them a bid to last weekend’s NPL qualifier where they faced the top teams in Northern California.

What makes this team special is that the team itself started years ago and grew with homegrown talent.

Our club and our community are so proud of these young men for what they have achieved on and off the field,” said club President Efrain Mercado. “Achieving NPL status based on their merit and play on the field is a tremendous achievement. To think where this team started back at U9 and to where they are now is a testament to the hard work and cohesiveness of this young group of men. 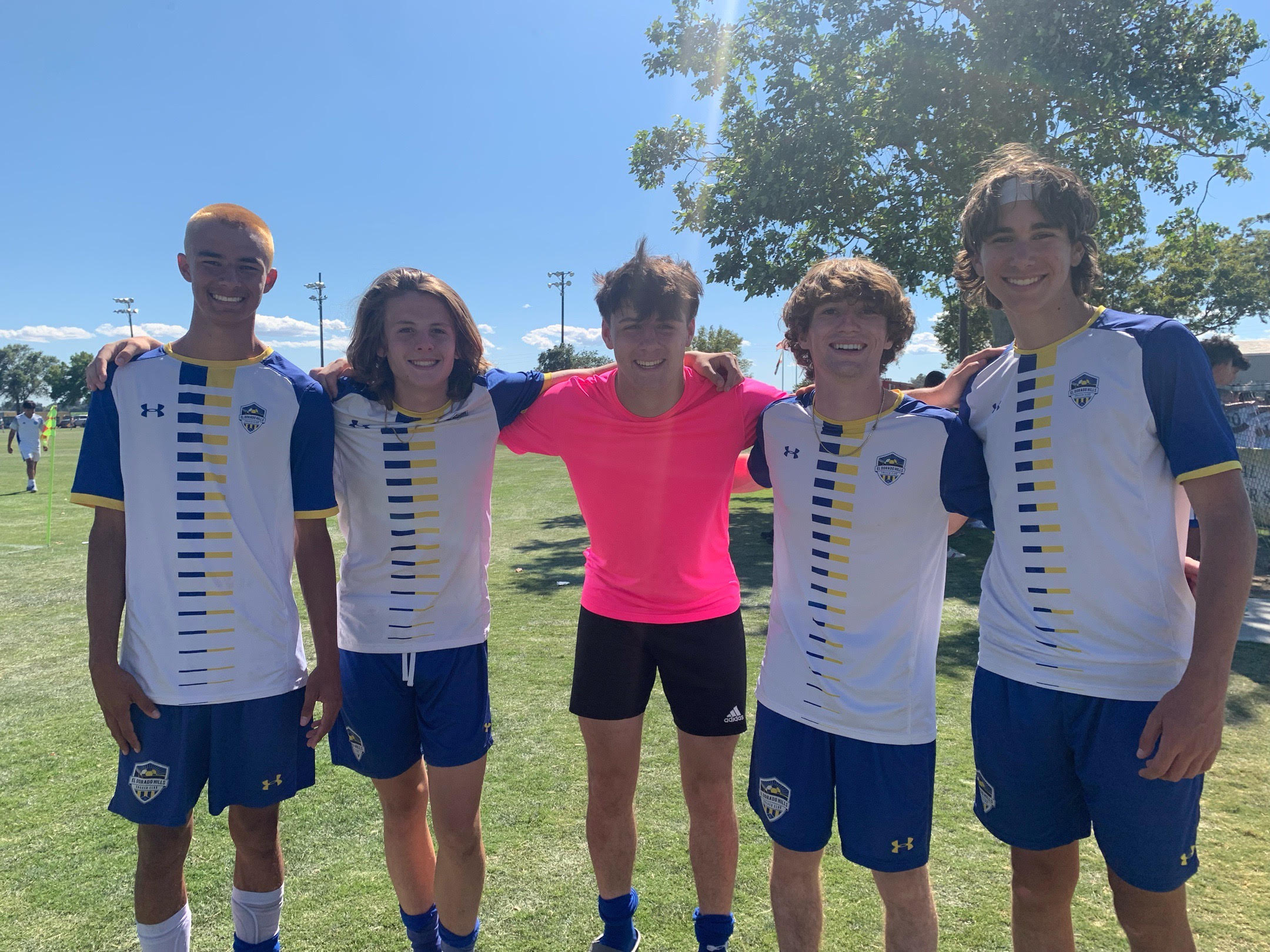 Five of the players have been with EDHSC since the age of 4. Giovanni Brunolli, Logan Schieding, and William Gezi have remained with the team all seven seasons. Goal Keeper Zach Ryan came on in season two and has developed into one of the regions top goal keepers. He and Brunolli have also earned spots in the Olympic Development Program (ODP). Jackson Broomand played on the team for four seasons and earned a spot this year after playing with EDHSC’s 2006 Boys Blue team. Two more players, Lucas Roth and Arda Askin started their careers in EDHSC and after brief stints with other clubs, returned in 2019 to bolster the lineup. In 2018, the team added Kasch Villalona, Matt Edge, and Phong Nguyen and the following year, Eoin Wright of Cameron Park joined the team. Aryan Rajeesh and JT Remolona joined the squad in 2021 and this year, the team picked up Eric Herasymchuk, Garrett Veirs, Leandro Anda and Simon Varghese.

With all of the changes in the past year, most of the team has stuck together and persevered,” said goalkeeper Zach Ryan. “Even through COVID and losing a coach that we all love, to finally gain that NPL status proves how hard we have worked and what we can achieve as a team.